The 28-year-old responsible for the Christchurch Mosque that killed 50 people joined the Dunedin based Bruce Rifle club in early 2018, said vice-president Scott Williams, and practiced shooting his AR-15 at the range. 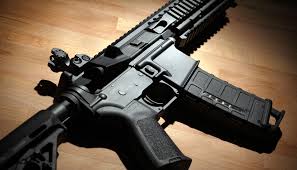 The AR-15 is a weapons DEADLINE has focused on in the past 12 month noting this appears to be the most common kind of weapons gangs are securing, along with ammunition, either from club or buying them from gun shops like Gun City owned by David Tipple who describes himself as a Christian some one you trust.

Tipple along with his club has featured in numerous stories over the past 20 years beginning with his incarceration in the US for infringement of gun laws, resulting in a one year prison sentence (Tipple tries to downplay this as bureaucratic oversight), several alleged theft of assault style weapons from his store, multiple sale of weapons which ended up in gangs hands (including the Head Hunters and King Cobra’s). Gun City also sold equipment to ‘militants’ arrested as a result of Operation Eight in 2007 shortly before the introduction of Terrorism Suppression Amendment Act 2007.

The ODT reported on 17th of March they had attempted to contact Gun City to ask questions about its Dunedin store, but were unable to make contact. Its owner David Tipple, said he had being advised to not to front a press conference today but that he planned to hold one today (18th march) at undetermined time. 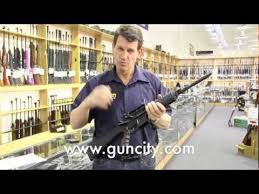 Tipple also features in my 1999 book State Secrets, which asked the question who is arming our gangs and militants (it focused on Maori and Neo-Nazi groups who were used as pawn by larger actors in relation to geo-political and economic agendas) in relation to a temporary closure after gangs were found to be sourcing their weapons from the franchise. It dealt with how shot guns from a well know gun dealer were ending up in the hands of so called Maori activist and the frustration of Custom Intelligence Officers who I worked with when writing this book expressed at not being able to catch the person they felt was the source of weapons coming into NZ illegally.

Tipple sued the police for defamation over remarks made during this peroid when his firearms dealing licence was revoked. A Christchurch District Court judge found that police made mistakes and gave him his licence back along with $25,000 costs. A settlement was reached in the defamation case eight years later.

David Tipple has a criminal record but was allowed into Australia in April 2018, to support his daughter, at the Commonwealth Games, thanks to intervention “partially” by Australian shooters team who testified to his good character. 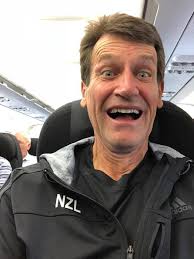 Tipple, the owner Christchurch’s Gun City, was prosecuted in the United States in 2002 for having guns in his luggage to sell in New Zealand without the correct paperwork.

Tipple also was found to be the source of equipment provided to so called Maori Militants located in the Ureweras led by Tama Iti (Clarks adviser on Maori affair who had also received funds from Forestry magnate Alan Gibs and a Rotorua  security firm tasked with spying on Maori activist) and James Locket the one time body guard to Paul Lyon who aside from his conviction for rape weapon and drug charges was active investor in land leased from Auckland iwi in control of Auckland ports. Lockett court spokesman was Shane Wenzel an Australia conman affiliated with Black Power who had founded favour with the Tainui royal family and preached a new age form of spiritualism half christian and half new age.

Tipple who is identified as having supplied about 5% of the group’s supplies “including a gun cabinet and magazines”, claimed much of what was seized was not useful for a terrorist attack, and that the media had sensationalised the events. He pointed to media descriptions of a plastic paint ball landmine as a landmine.

Yet again Tipple whines it not his fault and yet the raid was exaggerated and the warrant upon which the raid was made was largely a work of fiction taking remarks and stament often widely out of context. It seemed more motivated by politics than any real interest in capturing genuine threat to the public’s safety. 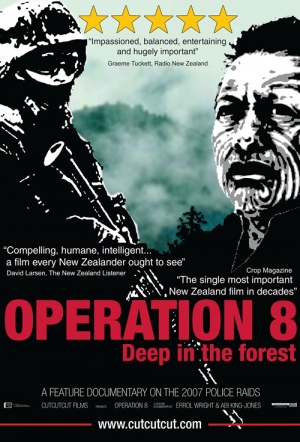 Praise the Lord Pass The Ammo: A view compounded by the timing of raid as controversial bill was passed that gave undermine New Zealand own sovereignty and moved us back in the direction before the ANZUS when New Zealand said no to nukes. A move motivated in no small part by the state bombing of the Rainbow Warrior and the arrogance of a nuclear power whose spy chief Count Alexandre de Marenches openly threatened to arm militant groups if New Zealand did not behave. Back in a time when right wing politicians and Christian fundamentalists in New Zealand where found to be part of a global network net work Project Democracy whom TVNZ had uncovered had tides to the illegal Iran Contra project which armed Muslim militants in Afghanistan with stinger surface to air missiles and supported right wing death squads in Nicaragua with mercenaries and bibles.

Fact is Christian fundamentalism from the role it played in the 1980 Santos Rebellion in Vanuatu, the 1987 and 2000 Fiji Coup, the 2000 Solomon insurrection, and even the Exclusive Brethern role in 2005 general elections have caused far more blood shed and regional instability than any Muslim threat to date. That these events involved players of the Iran Contra with their bible belt lunacy only adds to the picture the issue has ever being an absence of red flags. Rather our security forces, who in many cases shared similar conservative religious and political belief as the the Project Democracy supporters, with all their Post 9/11 money to spend on pork pie and penthouses focused on the wrong threat. All the new security laws did not make any of us safer. 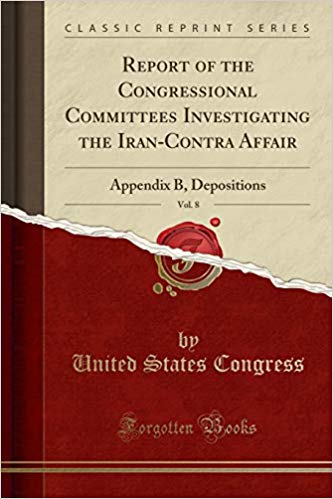 The Fast &Furious: Tipple also has a reckless driving conviction from 2009 having just got his license back following an earlier event which saw him disqualified in 2017.

In the 2009 case Tipple had been travelling through Central Otago when a member of the public phoned police to complain about his driving. The gun dealer was stopped by police near Twizel and “essentially warned”, a Christchurch District Court heard.  After being sent on his way, another police constable clocked Tipple’s Audi car travelling near the Lindis Pass at 181km/h.  The constable thought Tipple “may have been trying to goad him into saying something wrong”. “He was sufficiently concerned that he called for back-up to come to the location,” Judge Tom Gilbert said. Tipple then drove off without his summons, telling the officer that he would need to post it, the court heard. The police officer stated in his 23 years of policing, Tipple “would have been one of worst people he’s ever dealt with”.

The same year New Zealand’s biggest firearms dealer was charged with assaulting a Customs officer after a fracas at Auckland International Airport after Tipple’s laptop was seized by Customs officials as he was returning from a business trip in Europe. Police allege he assaulted the officer while trying to get the computer back. Tipple maintain he was defending himself.  The case never went to trial as the police dropped the charges due to insufficient evidence (Tipple had a recording of the incident while no cameras were in the area) or because prosecution chose not to proceed either way Tipple once more dodged a bullet.

In the 2017 Tipple lost his driving licence in 2008 after a high speed North Island car chase that went for 16 kilometres before police road spikes put an end to it. Tipple was disqualified from driving for eight months.

Tipple would claimed the police had a vendetta against him.

PIMP YOUR AR-15: As people grieve in Christchurch Tipple continues to upset local residents with a giant bill board advertising gun for children suggesting its a great way to get your kids outside 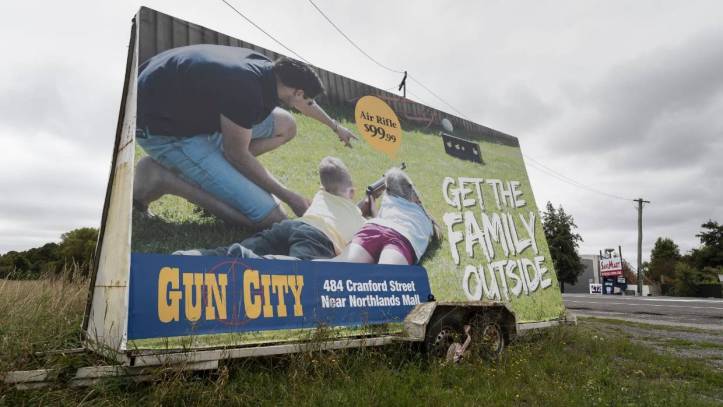 In July 2018 Tipple headed to court over a dispute over semi-automatic rifles when Police refused import applications for AR15 semi-automatic rifles and parts. Gun City owner David Tipple confirmed he was preparing for court action claiming he was victim of an unannounced shift in police policy, which police have denied. The ad directly bellow “Pimp Your AR-15” comes from Gun City.

His AR-15 seem permanently on special and have become the most common form of military styled semi automatic to be found in large scale gangs arsenals. 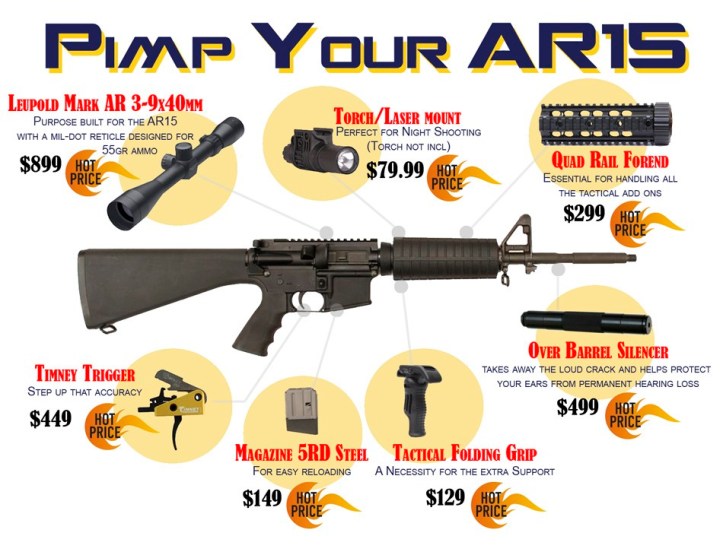 More Gang Connections;  In 2014 Police arrested an Auckland man who spent $50,000 on rifles and shotguns he modified and passed onto gang members. Peter Edwards was sentenced to five years and 10 months on firearms charges, as well as charges of supplying methamphetamine. Edwards, who had a firearms licence, bought .22 calibre rifles as well as shotguns from a gun shop before cutting them down and adding pistol grips.

Edwards was caught when police noticed a trend of Headhunters gang members being caught with guns modified in all the manner, usually cut down with pistol grips.  Some of the rifles were adapted so silencers could be attached and all the guns had their serial numbers filed off.  Police later arrested a gang member who was found with a shotgun they could trace back to Edwards spent $50,000 on 72 guns, 67 of them coming from one shop, Gun City Auckland. 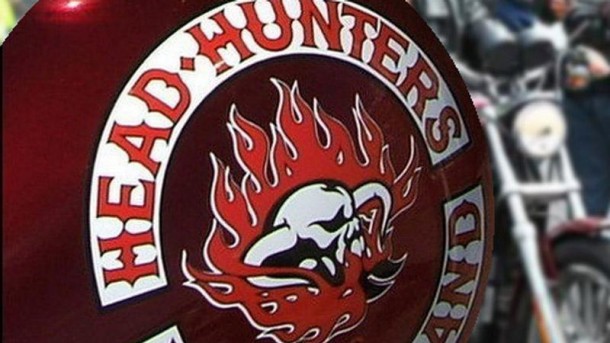 If The Price Is Right: But it just as easily could have being any part of the country McCarthy’s Stream and Field Store managing director Selwyn Shanks, a man widely respected in and outside of Dunedin shooting community says the private gun trade in Dunedin is ”huge”.

There are approximately” 35,000 gun licence-holders in the Southern District, according to Dunedin police. Shanks told the media in 2015 that “since the registration of individual guns was revoked in 1984, many people had chosen to trade guns privately as they could make more money – and the internet was adding fuel to the fire. ‘If you bring your dad’s old gun in to me to sell and I offer you $250 for it, but someone down the pub without a licence offers you $300, you’re going to go with the better offer,” he said.

A further gun retailer in Dunedin, said even though he was in the business of selling guns and ”business was good”, he believed every gun in New Zealand should be individually registered and a gun amnesty – where unlicensed gun owners surrender guns without repercussions – ”couldn’t hurt”.

On the other hand a system in which guns ammunition are not registered, only the owner is (but with no need to list how many weapons or what kind) coupled with greed of unethical traders online or from licensed shop, whose presence in this industry in Tipple case despite numerous incidents cant help raise questions of its own. This is combined with lack of police interest in local clubs, combined with military styled weapons unfit for hunting will hurt as the tragedy at the Christchurch Mosque shooting shows, due to a lack of resources and fear of regional commander that actual results will mess their figure up and with it their own personal record upon which careers are made or not.

And this will remain the case even if the gun laws are changed if these factors are once more not addressed as I fear they wont be having not being acknowledged in the twenty years since I first began reporting on New Zealand black market weapons and the risk it posed both our personal safety and ultimately the free and trusting society which has helped draw migrants to come and want to live in New Zealand. To have a chance at life in land dedicated to peace and non violence. 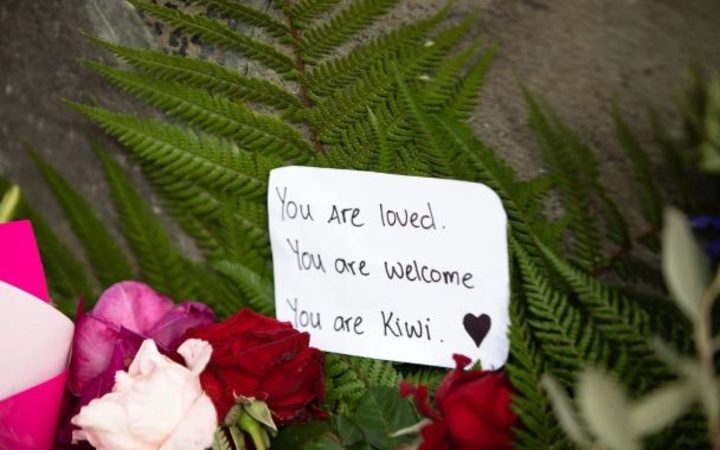 Truly we owe it to the victim of the Mosque shooting to correct this blunder.

Truly it time to do the right thing not the easy thing.

We need to own the root problem identified in this story in part one and part two and truly do the fair thing not the fear thing for that is the kiwi way.